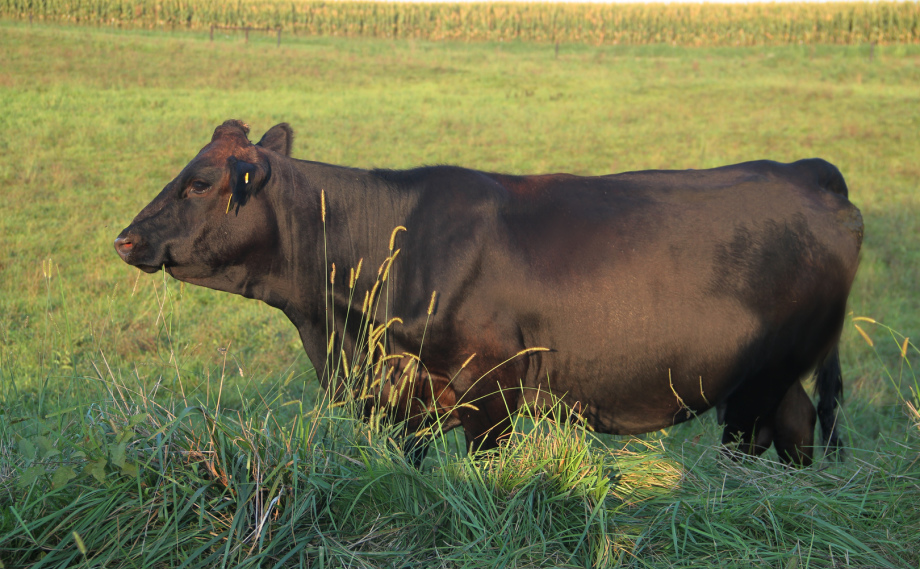 The Mother Breed of Beef

In the cow-calf business, there is money to be made in productive, hard-working females that are able to wean calves at 50 percent or more of their body weight year after year. It is no secret that those cows must have moderate mature weights, be highly fertile, have sound feet and legs, quiet dispositions, and produce calves with low birth weights and tremendous growth. Maintaining those traits in a pasture full of females is the goal of every cow-calf producer.

Gelbvieh influenced females attracted many of the most progressive commercial producers in the industry with the first Meat Animal Research Center (MARC) germplasm study data in the early 1970s. Gelbvieh-sired females topped the charts on fertility, age at puberty and pounds of calf weaned per cow exposed. Today’s MARC data shows the Gelbvieh breed has reduced mature cow size, has the lowest birth weights of the four major Continental breeds and still maintains the earliest age at puberty. Fads come and go in the beef industry, but the real money to be made is always on the cow side of the business.

Gelbvieh cattle have withstood the test of time in regard to being cattle that consistently work as hard as what the people do who raise them. AGA members since the beginning have been in tune with the needs of commercial producers. This focus has allowed them to make the Gelbvieh breed "rancher friendly" in terms of lower birth weights, less mature size and more maternal efficiency while meeting the needs of the feedyard and consumer customer.